Were You Born to Burn Out? 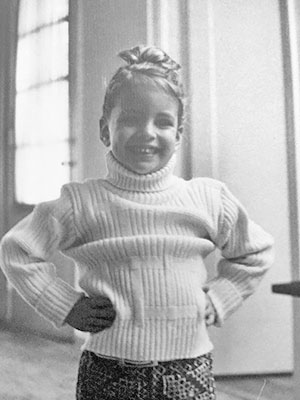 Look at that picture! Even at the young age of three, I believed I was a Super Girl. Being an over-achiever was a badge of honor I wore for as long as I can remember.

I’ve always had a vivid imagination and would create games, adventures, and “classrooms” for my neighbors and myself. My sister was often dragged into my magical worlds. In the fourth grade all of my activities were already weighing on me and being a fan of I Dream of Jeannie and Bewitched, I longed to have magical powers so I could be anywhere and do everything I dreamed up. Did you ever wish for a super power? Maybe even last week when you wished you could be two places at once?

I kept that dream alive, and though my magical powers never came to be, I had eighteen extra-curricular activities (each with sub divisions) on my college applications. College only exacerbated my Super Girl tendencies.  Every night of my freshman year I stayed up until 4am. I know it was every night, because after a few weeks of the 4am bedtime, it became a quest to see if I could continue this schedule for the entire year while attending my full schedule of classes, pledging a sorority, traveling with the guy’s soccer team as their manager, and working at Benetton. Sophomore year I was voted the Pledge Mom of my sorority so I changed my sleeping hours somewhat. Junior and Senior year I was voted President, which didn’t stop me from hijacking the Rush Committee and insisting on making all of the Rush decorations and nametags myself because I was such a perfectionist, that if someone colored a Sesame Street character “out of the lines” I would redo it anyway. Re-reading this now has caused me to hold my breath (that means it’s stressing me out, so I must take 5 deep breaths, please hold…)

After college, in Manhattan, I pursued two careers simultaneously. A year later I moved to California, where at my peak I juggled four professions successfully.

I felt proud when people would gush with amazement at how I’d created four information products in a month, or that I’d produced what should have been a million dollar television pilot, shot over multiple days, in 10 hours for under twenty thousand. I kept doing and doing and doing. I kept going and going and going.  Have you ever done that? Or are you perhaps still doing that? Do you think you were born to over achieve? I know I did.

What I didn’t realize was that the woman I was at 35 didn’t have the same body chemistry as the girl I was at 3 or 19 or 27. At 35 my body started fighting back, begging me to slow down and take better care of myself. It didn’t have the capacity to keep going. My adrenals were burning out. My hormones were not being produced in the amounts they once were. But I didn’t care! I fought back. I channeled my three-year-old Super Girl and kept on going at a rate my body could not maintain.

I had a lot of success between the ages of 35-40, but knowing what I know now after hitting complete burnout at 40, I would have done things differently. It took me four years to get healthy, happy, and fulfilled again. I have been to burnout and back and if you have not, I suggest you avoid it at all costs.

Had my forty-year-old self visited me at 35 to give me words of warning “Scrooge Style” I probably would have listened to what she had to say (because I would have been completely freaked out that I was seeing my future self). But that didn’t happen, and I had to learn the hard way: hitting rock bottom (total burnout), getting myself better, and then looking backwards at how I could have lived my life differently.

Now, I have three corporations and multiple passions.  You may think I have gone back to the over-achieving ways that landed me in an MRI machine having my brain scanned at 40, but I haven’t. I have learned from my mistakes and re-emerged as a PassionPreneur.  Through this blog I plan to share how I have created the life of my dreams and how you can too… without burning out!

I look forward to getting to know you! Do leave a comment below about yourself, your passions, and any challenges you may be experiencing.